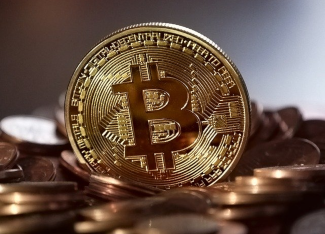 Bitcoin and Cryptocurrencies – What You Should Know Before Preparing Your 2019 US Tax Return, FATCA, and FBAR

The Internal Revenue Service (IRS) has a stellar record succeeding where other law enforcement agencies fall short, from the legendary conviction of Al Capone to the take down of the “Silk Road” website in the more recent past. For some years now, virtual currency transactions have been on the radar of the IRS. It established the cross-divisional Virtual Currency Issue Team (VCIT) in 2015, expanded its mandate in 2016, and agreed with the various recommendations made in the 2016 report of the Treasury Inspector General for Tax Administration[1]. With the expertise of its Crime Investigation unit, the IRS just added another accolade to a long list of accomplishments – they analyzed blockchain, de-anonymized Bitcoin transactions, and identified hundreds of predators associated with “Welcome to Video”, the world’s largest dark web child pornography site, which resulted in not only numerous arrests and forfeitures in various countries but also the rescue of at least 23 minor victims.[2]

The extent of noncompliant tax reporting with regard to virtual currencies was widely reported when the IRS summons to Coinbase in November 2016 revealed that Coinbase had 14,355 account holders whose transactions amounted to at least $20,000 each year, through which 8.9 million related transactions were carried out from 2013 to 2015. In contrast, the IRS had received only 800 to 900 returns with Bitcoin gains in each of those years.[3] But this is just the tip of the iceberg. The IRS has since stepped up its efforts, first launching a Virtual Currency Compliance campaign in 2018, then including virtual currency as part of its Priority Guidance Plan for 2019-2020.

In July this year, the IRS started sending more than 10,000 letters to taxpayers who had virtual currency transactions but potentially failed to report income and pay the resulting tax from their transactions or did not properly report the transactions. In some cases, taxpayers could be subject to criminal prosecution. IRS Commissioner Chuck Rettig said that the agency expected these taxpayers to take these letters very seriously by reviewing their tax filings and, when appropriate, amend past returns and pay back taxes, interest, and penalties. He added that the IRS was also expanding its efforts involving virtual currency, including increased use of data analytics.

In case you are still not convinced the IRS means business, here is what Gary Alford said at a panel hosted by EisnerAmper this June.[4] Gary is the IRS Criminal Investigation Special Agent and CyberCrime Coordinator who tracked down the elusive creator and operator of “Silk Road”, Ross Ulbricht (aka Dread Pirate Roberts)[5]. Ulbricht was subsequently convicted[6] and his website, which conducted various criminal activities through anonymize Bitcoin transactions, was shut down.

“We’re usually behind the curve — history is made and then we react to it. But in this case, we are ahead of the curve. We were there on ground zero, and we were waiting for the rest of the world to catch up to what we already knew… We already are aware that there were cases to be made, we just didn’t know if we were at the point where we can bring it for criminal prosecution. We believe we are at that point now. If we had 12 jurors and told them someone made all their money in bitcoin, we believe that they would understand.”

You Want to Comply But Don’t Know How?

Ah, the IRS will be glad to know you require no further persuasion and has just what you need.

Notice 2014-21 was the first set of guidance issued by the IRS on virtual currency transactions. On October 9 this year, the IRS followed up with Revenue Ruling 2019-24 along with 43 FAQs to supplement Notice 2014-21 and provide illustrations of how common virtual currency transactions will or will not be subject to taxation. This effort to educate taxpayers is part of the multipronged approach the IRS is taking to actively address non-compliance in this area.

Fundamental to the reporting and taxation of “convertible” virtual currency transactions, such as Bitcoin and Ethereum, is that:

Before going any further, the IRS, which is known to speak in codes as a foreign language, thought it would be helpful to define, in English, some terms that are particular to virtual currency transactions. We can presume that techies who regularly engage in these transactions should recognize the processes described and the jargons. To those who are less technically inclined, let’s hope it is at least educational.

Every Imaginable Scenario Under the Sun (OK, that’s an exaggeration)

So then, what are the tax implications for each stage of the trading process? Below is a tabulation of the tax treatments in general:

When In Doubt, Go Back to the Basics

This is a lot of information but you are not quite ready to prepare your return yet. You should understand how the existing “general tax principles” will apply, irrespective of the form a virtual currency transaction may take.

The Devil is in the Details

While the guidance may seem relatively complete, it is likely that taxpayers will run into roadblocks when they start to gather paperwork, crunch the numbers, and celebrate the annual ritual of tax return preparation. If you are one of those who detest spoilers, you may want to stop here. Otherwise, read on.

Are We All Good Now?

This depends on whether you are the glass-half-full or glass-half-empty kinda person. Certainly, we will be starting off on the right foot this coming tax season, aided by the guidance which we lacked just a year ago. Still, in the complex, ever-evolving ecosystem of virtual currencies, we should expect ambiguity and hold dear the mantra that “general tax principles” apply. We may not know what the new tax year of 2020 will bring but two things we know, for a fact:

We wish you and your loved ones a holiday season filled with love, peace, and happiness. Merry Christmas and happy new year!